Your Formula for Success

Our legal infrastructure, systems, procedures and experience are unequalled in the industry. Using a formula based approach, every aspect of the finance model has been fine-tuned. We are now ready to challenge the traditional lending market at a local level.

The Convertibill® Finance Formula is a demanding and rewarding programme. If you have the skills and perseverance, you will be welcomed as a Convertibill® Branch Manager. Commit to Convertibill® and your rewards will be significant.

Of that you can be sure.

Bringing the Convertibill® Finance Formula all around Ireland.

Thank you for your enquiry. We will be in touch with you soon.

After a Year of preparation, Debtors Exchange Limited was formed on 15 July, 2011. Its purpose was, and remains, to be the best provider of non-bank finance in the micro-medium sized business sector. After two Years’ of planning, IT systems implementation, tax and legal documentation, market research, framing of risk policies and company structuring, the first day of trading was 04 July, 2013.

By signing up 12 Originators, Debtors Exchange® traded d-ETR (i.e. Customer Finance) in excess of EUR 4.0m in the six months to 31 December 2013. Adding another 15 Originators in 2014 and in its first full year of operations, the company traded c.EUR 18.0m. In January 2015, the company changed its name to Credebt Exchange Limited and also registered Convertibill® as a European trademark.

2015 was a pivotal Year in the transformation of the company, its structure and its operations into the business it is today. With the introduction of c-ETR (i.e. Supplier Finance) this Year trade rose to c.EUR 40.5m. The next two Years saw the introduction of a-ETR (i.e. Sales Finance) and b-ETR (i.e. Order Finance) in 2016 and 2017. Traded ETR in those Years was c.EUR 72.5m and EUR 103.0m+ respectively.

With its established suite of four finance products and its Convertibill® Finance Formula, the Board of the company planned the third phase of its growth. This culminated in the decision in February 2018 to launch the Convertibill® Branch Network. Given the extensive documentation, structures, policies, procedures, practices and methodologies, it was decided that the most efficient method of building the network was to licence it to strong, smart and competent licensees.

Building out the Convertibill® Branch Network will affect the growth of the business during 2018 as it develops and executes its plan. As a result, it is expected to return to even stronger growth in the subsequent Years. With your input and involvement, the projections show that Branch Managers around the country will profit considerably from the continued development of this unique finance framework. 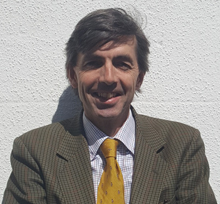 John has led the build out of many businesses in Ireland and abroad including in the internet banking, investment platform, credit card and event sectors. Before joining the Exchange in 2017, he ran an investing and trading educational business. His core discipline is sales and marketing. Career highlights include 12 years with American Express in Europe, running his own business Thanks A Million Limited in the corporate event sector and the successful launch of the Toys 4 Big Boys show. 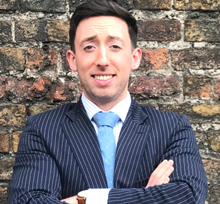 With Convertibill® since 2015, Conor has been a key man on the business development side of the Exchange. Following a B.Comm in UCD, Conor spent a year in Hedge Fund Administration before moving to California where he worked in finance with Lamkin Golf Grips and with a startup Venture Capital fund. With 10 years experience in a mix of Micro and Multinational companies, he takes a consultative approach with prospective clients. ‘Every business owner has their own unique story. It’s my job to go beyond numbers on a page and build a business case based on where the business is going. I love being able to help a client on their journey to growing faster!’ 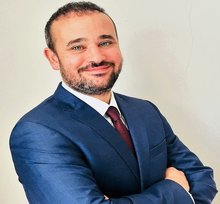 Rowland has over 20 years’ experience in business, both at Company Director and business development levels. He enjoys working with companies in the south east to understand their specific working capital and business development needs. “Convertibill’s products are diverse and this allows us the flexibility to tailor make solutions for the businesses in our area” Rowland comes to Convertibill in 2018 fresh from starting and managing his own successful business in 2010 during the recession and developing it within Ireland’s services sector. He especially understands the challenges of small business owners and has worked primarily in business development in micro-medium sized enterprises throughout his early career. Committing to being a branch manager for Convertibill could have been a daunting choice. But Rowland explains: ‘Once I realised the potential of how Convertibill’s model for finance could change business’ attitudes to traditional banking and lending options, I could immediately see myself helping businesses take control to help themselves grow within the Waterford/Kilkenny/Carlow area; forging a long term relationship with clients is my primary aim’. He also adds ’ What appeals greatly to me is having the flexibility to help businesses achieve their goals through our Branch is by actually listening to their individual business case and giving a straightforward and timely assessment of whether we can help'. 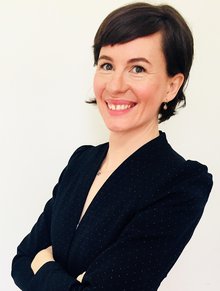 With a background in technical research and development, Gillian takes an analytical approach to business. She equally enjoys working with the people behind the companies Convertibill serves. “I am community minded and I know that communities thrive when there is strong local business and enterprise. I am proud to be supporting businesses in the south east to reach their full potential” 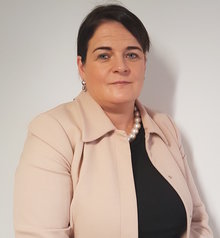 Grace Mc Carthy has over 25 years experience in the Financial  Services industry having started her career in  Banking, followed by a period in one of Irelands largest  Life Companies and subsequently as a business owner in the Financial Services Sector.    Grace is a skilled and motivated professional, understanding the complexities of business and the needs of her clients. Grace is passionate about her job and how she helps her clients in creating solutions for their business. In 2009 Grace was joined in her family business by her husband Noel Forde.  Together they have built a successful business dealing with a broad range of clients. Grace holds a Bachelor of Financial Services Degree through the Institute of Bankers and University College Dublin, is a Qualified Financial Adviser and a Qualified Pension Trustee Practitioner.  Grace is a member of the Institute of Bankers and the Life Insurance Association of Ireland.  She enjoys running and swimming and recently completed her first mini Triathlon. 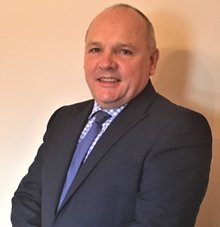 Noel has over 20 years’ experience in the Financial Services sector, in that time he has worked in a number of senior roles within the industry. Noel is a highly motivated individual with a diverse range of skills one of which is the ability to assimilate information quickly and use this information to build a picture of a clients’ specific needs. In 2009 Noel joined his wife Grace in the family business GMAC Financial and they have both worked together to build a business which is totally client oriented. This attitude sets us apart, as we believe the growth and success of our business depends on the growth and success of our clients. We work very hard at fostering genuine client relationships and in so doing help them to exploit and develop any opportunities as they arise. Noel is a Qualified Financial Advisor (QFA), a Specialist Investment Advisor (SIA) and recently attained a Certificate in Professional Asset Management from UCD. He is a member of the Life Insurance Association, The Institute of Bankers and Brokers Ireland. Noel is an avid supporter of Limerick Hurling and Munster Rugby, he also enjoys cycling, playing music and spending time with his family.